History of the Reserve

The Karkloof Nature Reserve was created in 1983. The 410ha Rockwood Farm was leased by Tim Hancock to the Natal Parks Board (now Ezemvelo KZN Wildlife) for R1.00 per annum. The intention was to provide long-term protection to the highly-threatened forest area. The Reserve was expanded with 230ha of land from Sappi. In the mid-nineties, Ezemvelo purchased the farm Melmoth (790ha) at the top of the Karkloof range. Melmoth farm consists of mist-belt grasslands and wetlands. In 2002, Nick Hancock purchased the 300ha Leopard’s Bush, Private Nature Reserve. In 2003, Ezemvelo purchased a further 341ha of grassland and wetland, and 269ha of the Spitzkop farm was added to the lease. On behalf of the Hancock Family and Ezemvelo, Rockwood Leisure has consolidated these farms into a contiguous reserve of over 4,000ha. Ezemvelo, with the support of The Wild Trust, continues to purchase additional properties adjacent to the Reserve which highlights the ecological significance of the area and the necessity to conserve and protect it. The area includes mist belt, forests, grassland, and wetlands.

In 2012 the Karkloof Private Nature Reserve was declared under The Protected Areas Act with its own Management Plan. 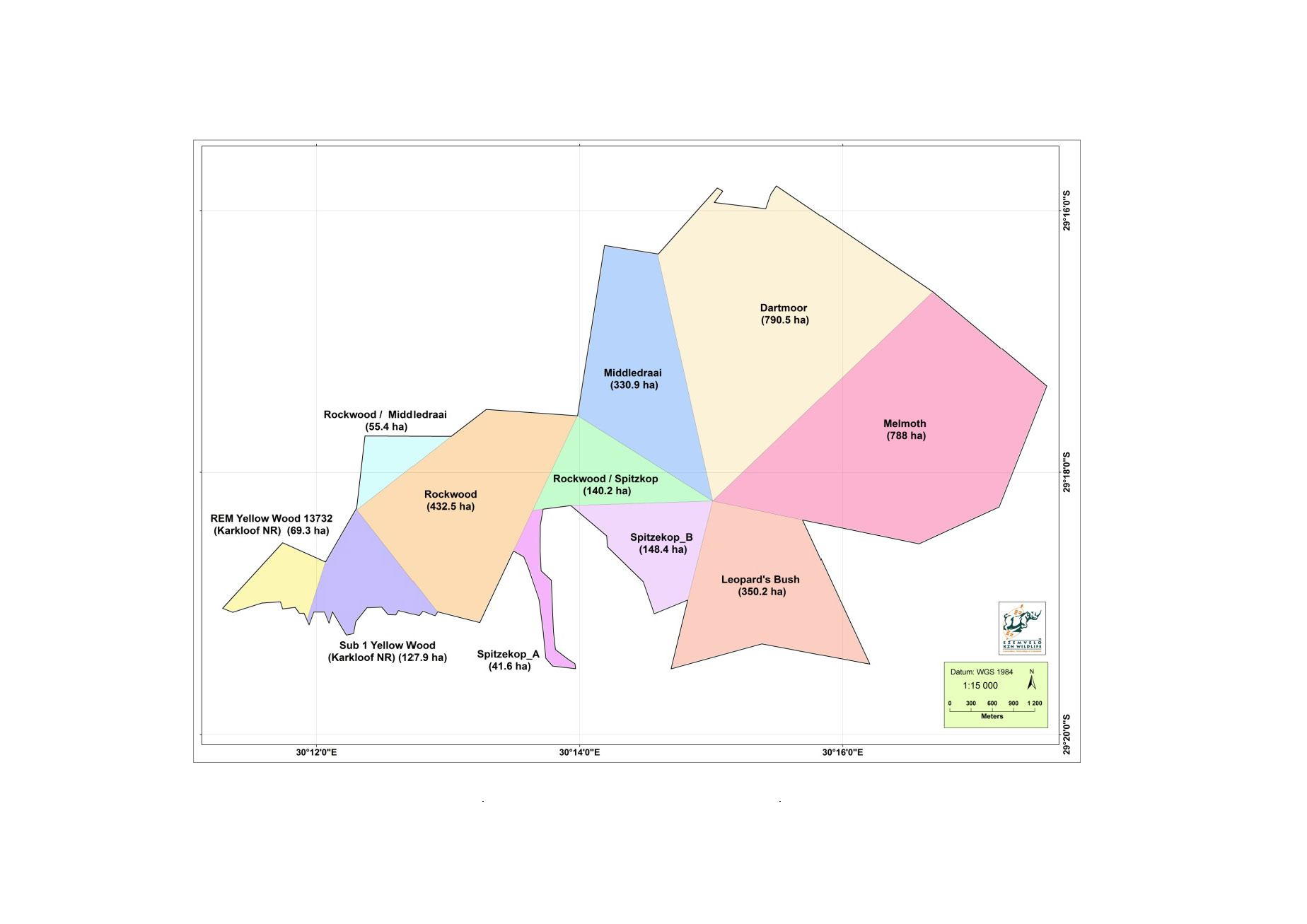 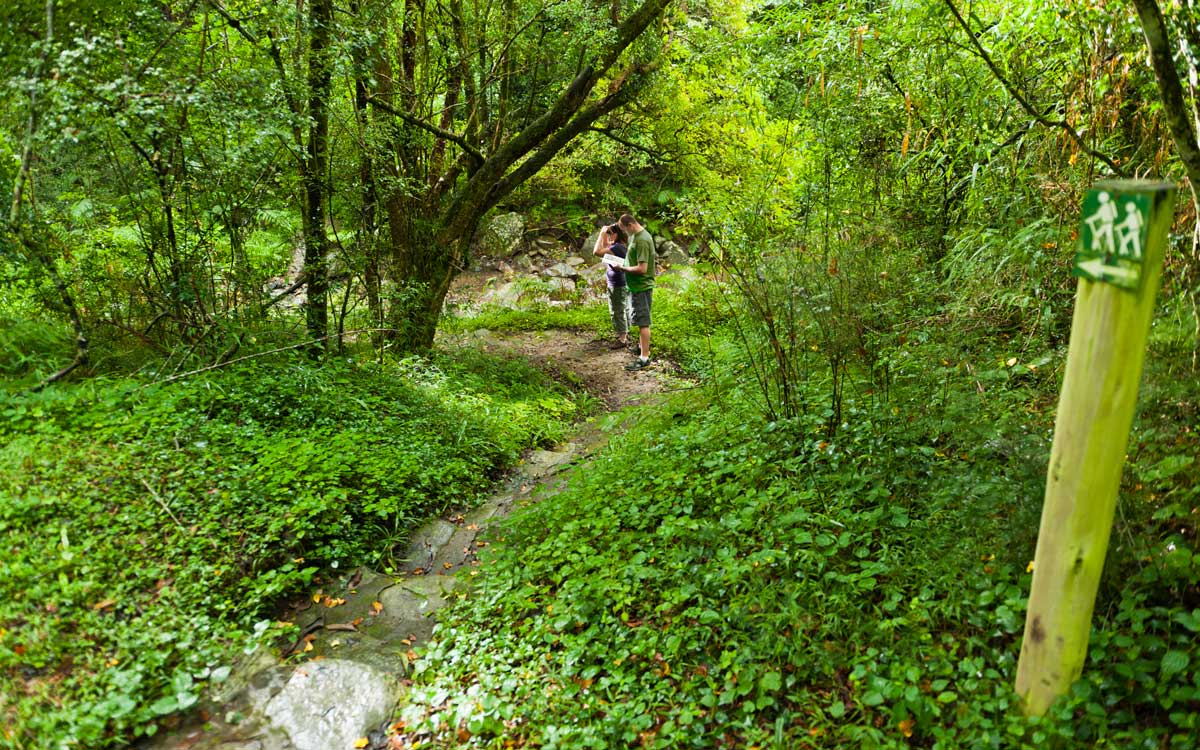 “Into the forest I go to lose my mind and find my soul.”

Karkloof is Home to Enormous Biodiversity

The Karkloof Nature Reserve and the greater Karkloof area have been identified as having significant value due to their biodiversity of fauna and flora. Currently, the Reserve consists of about 60% mist-belt forest and 40% mist-belt grassland with important wetland areas and is home to one of South Africa’s largest indigenous forests. It ranges in altitude from 1000m to 1767m above sea level. This results in a significant number of endemic and near-endemic species of fauna and flora. The rare Oribi inhabits the area as does a sub-species of the Crested Guinea Fowl. All 3 cranes, the blue, crowned and wattled crane are common. The area is an important breeding ground for the wattled crane. The endemic Karkloof Blue Butterfly (Orachrysops ariadne) is thought to possibly inhabit the area.

Bushbuck, grey duiker (mpiti), and reedbuck are regularly seen. Caracal, serval and jackal frequent the Reserve and very occasionally leopard. Spotted genet, otters, bush-pig, porcupine, mongoose, hares, vervet, and samango monkeys are common residents. Reptiles are plentiful and frogging is a fun activity for all family members in the spring and summer months.

The Reserve bird list comprises of over 250 forest and grassland species. Ground hornbill, Secretary bird, Narina Trogon, Bush Blackcap, Orange Ground Thrush, Cape Parrot, Striped Flufftail, and Black-rumped Buttonquail are a few of the rarer birds that occur on the Reserve. All 3 cranes can be seen. Migrating swarms of swallows and storks are regular visitors on their journey and a rare Leucistic owl is often seen in the forest.

The grasslands support more than 350 species of flowers including a large stand of Merwilla plumbea (Scilla natalensis), dierama, brunsvigia, and watsonia. In the indigenous forests stands of clivia grow at the feet of evergreen trees during the spring months of the year. Summer brings the streptocarpus, orchids, begonias and impatiens flowering in the forest shade and alongside the streams. In autumn a wonderful variety of plectranthus colour the forest. Many large yellowwood trees were logged and the trails used to remove them are still visible in the forests.

The Reserve is situated in a high rainfall area (average 1300mm pa) with thunderstorms and mist occurring frequently in summer. Frost is common in winter with occasional snow. The mean average temperature in summer is 24.8°C and contrasting winter temperatures that can fall below 1°C.

Plantations are not forests