We’re often asked “What’s the story behind Rockwood?” There are many tales. Below are a few:

George Symons (1860 – 1943) was the first “owner” of Spitzkop Farm on which Rockwood Farm House and Cottage are situated. With neither him nor his fiancé wanting to move from their respective home countries of South Africa and the United Kingdom, the wedding was called off and George settled on Spitzkop as a bachelor.

George never had any children and was, by all accounts, a quirky character who frequently entertained guests like John Goodman Houshold. John Houshold may not be the official Father of Aviation, but it’s a little known fact that he flew a glider from his farm at De Machtenburg (just outside of Spitzkop) for just over 1km in the early 18700’s. His mother, unfortunately, put paid to his flying experiments as he was interfering with their “natural earth-bound state” and would incur the wrath of God!

George kept an array of pets on the farm, including two Samango monkeys, Jacko and Jill, a dassie, a porcupine and a huge Copper snake called “Puffing Billy”.

The farm was bought by the Hancocks in the 1950s and a new homestead was built.

However, in October 1992, the then Natal Parks Board burnt a rubbish pile close to present day Rockwood Forest Lodge. This quickly burnt out of control with the fire raging down the hill towards Spitzkop Farm House where Joan Hancock was living at the time. Within an hour, the entire house had been razed to the ground and Joan escaped with only the clothes on her back.

Joan moved into a mobile home in the gardens while the house was rebuilt over the next year.

This just serves as another reminder to us all why no fire should ever be left unattended. 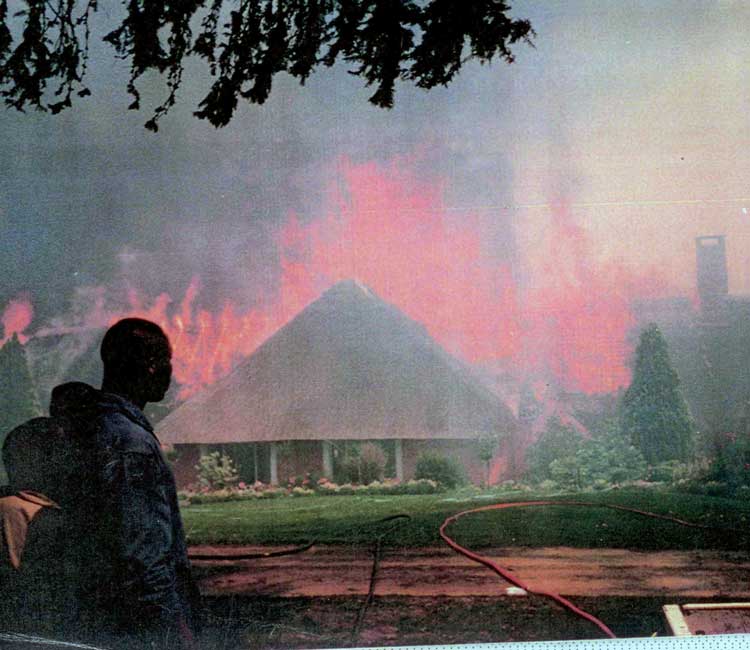 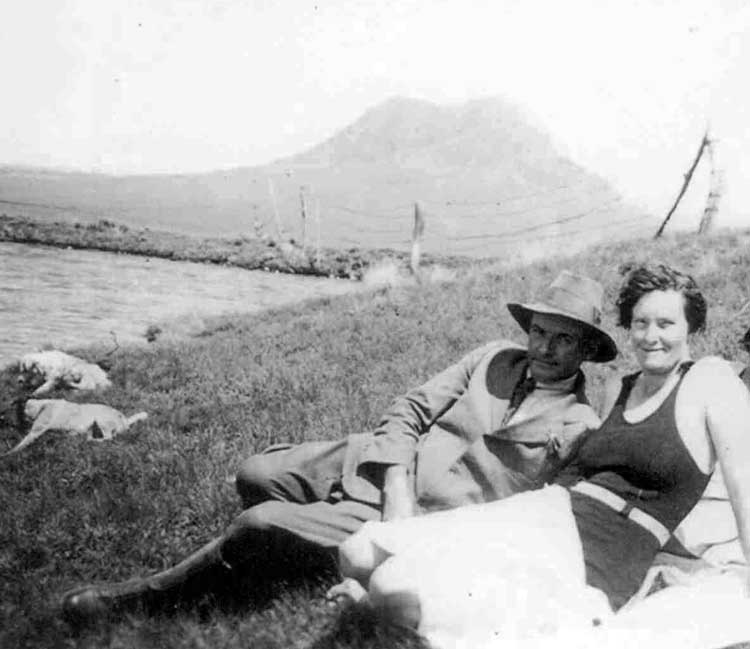